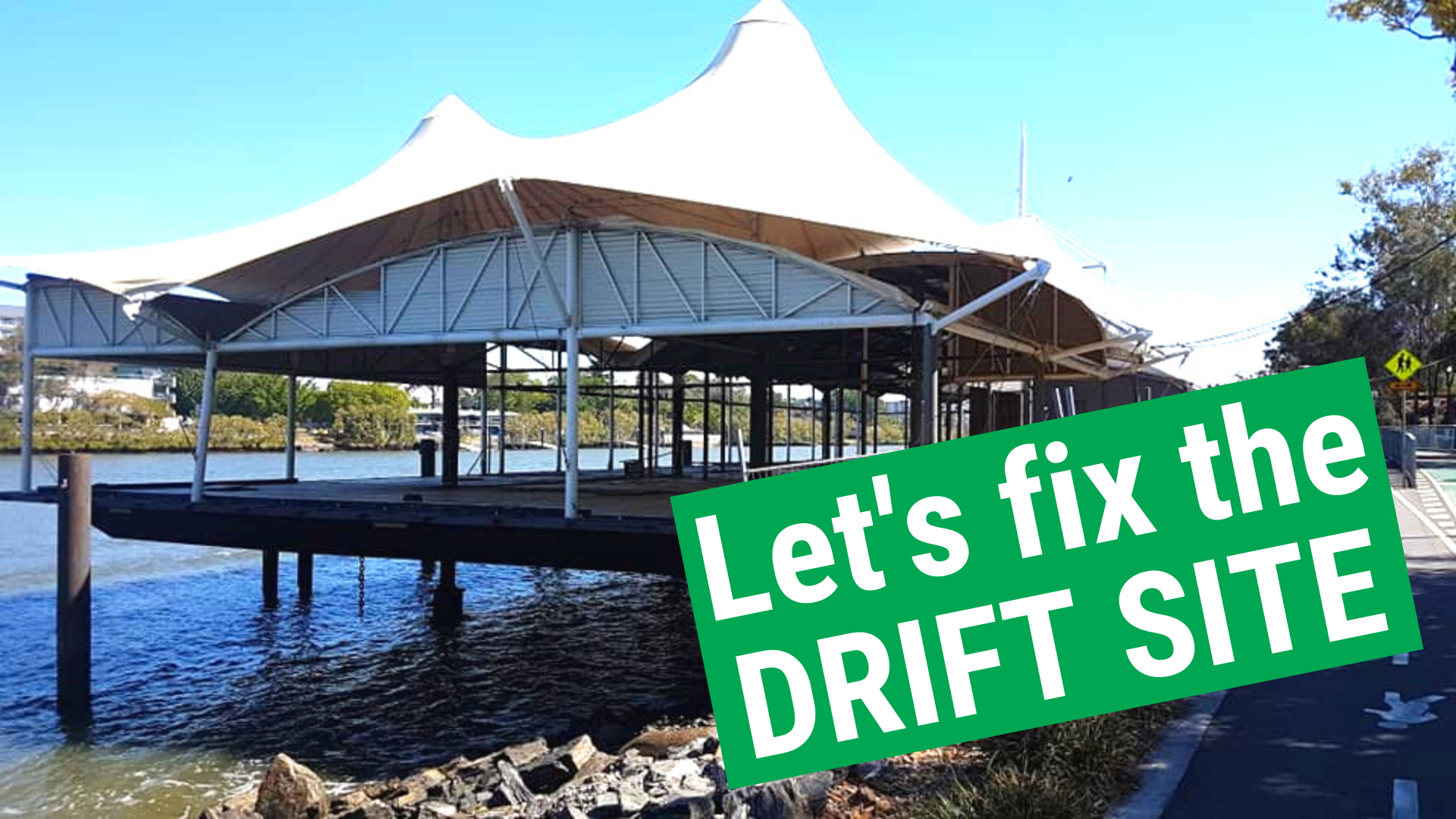 We call on Brisbane City Council to:

- request that the Minister for Natural Resources, Mines and Energy approve a change of use and for Council to be granted a trustee lease over the Drift restaurant site at Milton

- redevelop the site for the benefit of the community.

The Drift restaurant platform on the river at Milton has lain vacant and in disrepair since it was damaged in the 2011 flood. Thousands of locals use that section of the river for walking/cycling, and it is a source of frustration for community members, who have had to put up with an unsightly, dangerous structure on one of the most popular and picturesque stretches of the Brisbane River.

Successive Queensland state governments have failed to take serious action to rectify the situation over the last 8 years, and Brisbane City Council has done nothing to push the state government to action. In February 2019 the Queensland Parliament passed legislation (the Land, Explosives and Other Legislation Amendment Bill 2018), part of which was intended to provide a stronger legislative mechanism to rectify problematic leases like the Drift site.

Greens State MP Michael Berkman has been advocating over the past 2 years to have the site remediated, and recently wrote to the state Minister for Natural Resources, Mining and Energy and the Lord Mayor, urging them to work together to transform the site into an asset for public use rather than continuing to lease it to private interests. Unfortunately, the Lord Mayor has replied that he considers this a state matter, and the Minister has not provided any further detail on progress.

Rather than entering into another private lease for site as a restaurant, the State government should use this as an opportunity to convert this site to public use. Michael Berkman’s recent extensive community engagement regarding the possibility of returning the ABC site to public hands has clearly showed there is enormous community support for more public green space in this area, and the Drift site would be a welcome addition.

(please note this petition is being conducted in conjunction with Michael Berkman, Greens MP for Maiwar, and your details will be shared with that campaign).