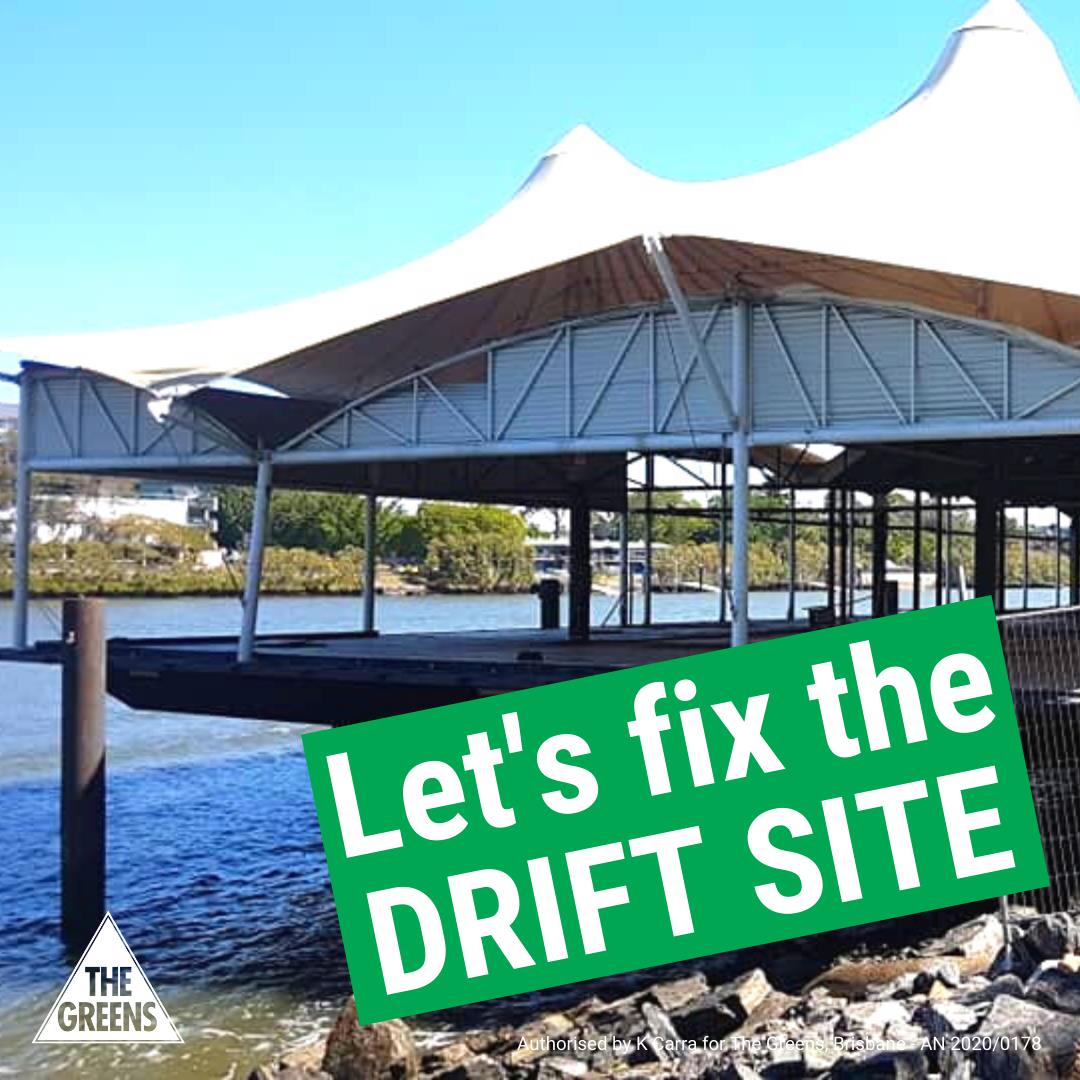 Donna Burns, candidate for the Greens in Paddington Ward, has spoken to many people over the last few months who are sick and tired of seeing the derelict and dangerous Drift site on the river at Milton.

To get action on this widely supported issue, Donna has launched a petition asking Brisbane City Council to seek a lease from the State government and turn this site into a beautiful riverside public space for all of us to enjoy.

Greens candidate for Paddington Ward, Donna Burns, has today called on Brisbane City Council to ask the State government for a lease on the old Drift restaurant site on the river at Milton.

“The Drift platform has lain vacant and in disrepair since it was damaged in the 2011 flood.”

“For 9 long years the people of Brisbane have had to put up with an unsightly, dangerous structure on one of the most popular and picturesque stretches of the Brisbane River.”

“I’ve been consulting with locals about what they want to see there and they are coming up with great ideas, like a coffee stop for cyclists, a micro park, shaded picnic spots, a kids’ play area or a small space for markets.”

Greens State MP for Maiwar, Michael Berkman, says the Drift issue was one of the first things locals raised with him when elected in 2017. Michael says:

“I’ve written to the State member for the area Kate Jones, the Minister responsible Anthony Lynham, and the Lord Mayor Adrian Schrinner, urging them to work together to transform the site into an asset for public use.”

“I’m really disappointed to see both levels of government dragging their feet over this issue. The people of Brisbane just want to see it dealt with now.”

“My recent community vote about buying back the former ABC site to create a riverside park showed enormous support for more public green space in this area, and the Drift site would be a welcome addition.”